Forest View Pediatrics is proud to be one of the leading primary care practices in Southeast Wisconsin. We are affiliated with Children’s Wisconsin and have 11 providers on our team, including eight pediatricians, two physician assistants and a pediatric nurse practitioner.

Forest View Pediatrics has proudly served the families of Southeast Wisconsin since 1962. Our pediatricians and staff are dedicated to making your child's development and medical care our priority. We look forward to providing your children with outstanding medical care that you can trust.

Forest View Pediatrics carries with it the Children’s name. That means you can take comfort in knowing your child’s doctor is affiliated with one of the top children’s hospitals in the nation. Our pediatricians will connect you directly with the best available doctor if your child ever needs to see a specialist at the main hospital. And best of all, Children’s specialists will keep your Forest View primary care doctor updated on any tests, diagnoses or treatments.

Children's On Call: Our symptom-checker app

Children's On Call is a free mobile app that helps you make informed decisions on what kind of care your child might need, and offers tips for making your little one feel better. Learn more about it:

Skywalk Pharmacy is a full service retail and pediatric specialty pharmacy. We provide a broad spectrum of services for children, from routine medications to highly complicated compounded prescriptions.

Visits are by appointment only. Please try to schedule well-child visits and checkups several weeks in advance. We understand sick children may need to be seen immediately, so please call our office and we'll schedule something for you that day.

We offer several options to make it easy for you to schedule your appointment:

*A meet & greet visit is a free appointment that allows you to meet with the doctor of your choice and see if our primary care office is a good fit for your family. Please remember that this is not a medical consultation and the doctor will not treat your child or offer medical advice during the visit.

Our clinic staff members are available to answer general questions throughout the day and urgent phone calls are returned promptly by a nurse or physician.

After-hours phone calls are directed to our answering service and are handled by an on-call nurse or physician. For emergencies, please call 9-1-1 or go directly to the nearest emergency room.

We work with many different insurance companies. In most cases, we can file your claim for you.

Children in need of hospitalization may be admitted to Children’s Wisconsin-Milwaukee Hospital. Those with minor injuries or problems may be referred to one of our urgent care locations or to local emergency rooms. Forest View Pediatrics doctors also are on staff and available to see newborns at many area hospitals.

1962 - John Czajka, MD, left a pediatric practice in West Allis and hung his shingle out near Highway 100 and Parnell Avenue in Hales Corners.

1964 - Jack Alstadt, MD, joined Dr. Czajka, and they moved to a medical building at 107th Street and Parnell Avenue.

1969 - Dr. Czajka and Dr. Alstadt moved to what is now the Whitnall Medical Building on Highway 100 near the entrance to Whitnall Park.

1985 - Dr. Alstadt became the first chief medical officer of Children's Hospital. He retired from the group and Dr. Lautz took over his practice.

1988 - Lyn Ranta, MD, joined the practice after working in the area of public health in Milwaukee.

1989 - Jerry Hartmann, MD, joined the practice after serving as chief resident at Children's Hospital of Wisconsin.

1995 - Dr. Miller became the second chief medical officer of Children's Hospital and retired from the practice.


2005 - Dan Dorrington, MD, joined the practice after being chief resident at Children's Hospital.

2010 - Dr. Ranta retired from the practice to take the new position at Children's Hospital as director of physician affairs.

Arthur Dorrington, MD, retired from the practice after 35 years of service.

All of our patient forms have been posted online for your convenience. Simply print, fill out and bring with you to your next appointment.

We recommend well-child visits at the following points in your child's life:

You can view the American Academy of Pediatrics recommended well-child visit schedule for even more information on what to expect at each visit.

Of course, it's also important to check with your doctor for the best schedule for your child.

Immunization is key to preventing diseases and we believe it's incredibly important for all children to be up to date with their vaccines. The Center for Disease Control and Prevention has many vaccine resources available, including:

Our Patient Handouts/Teaching Sheets educate parents and children on a variety of health topics, conditions and procedures. They are written by staff and updated regularly. We've included some of the more popular sheets below.

IMPACT 2-1-1 serves southeastern Wisconsin with community resources that help restore the health and productivity of individuals, organizations and workplaces leading to an improved quality of life for our entire community. Browse by service category or search by agency or program name in their database to find resources in your community. 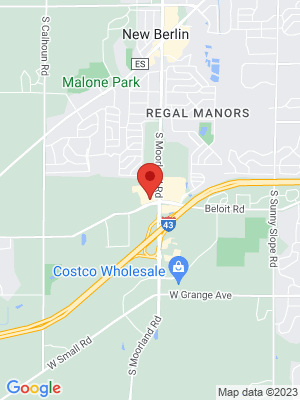 Get helpful parenting tips and join the conversation on our blog.